Getting a childrens picture book published through the traditional route of a publisher has about as much chance of success as a three-legged donkey at the Grand National. 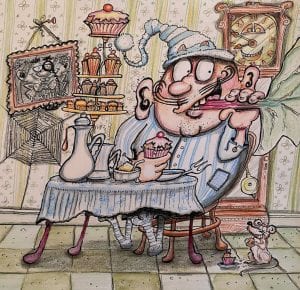 After looking at several childrens picture book in verse, I thought to myself…I could do that and maybe better.  I set to and wrote a simple story in verse – here’s the synopsis:

The hero wakes town up every morning with his trumpet. Annoys the hell out of the townsfolk with the awful racket and gets himself sacked.  Fire breathing dragon pays town a visit intending to burn it down.  Hero defeats the dragon and gets his job back.

Simple enough and took a couple of days to complete the Verses.  That was the easy bit.  The next part was a little bit trickier. I had to make a decision.  Should I farm out the artwork for the illustrations or (as I am a cartoonist) do them myself?

It was a bit of a no brainer so I decided to do the illustrations myself…mainly because my wallet told me to. 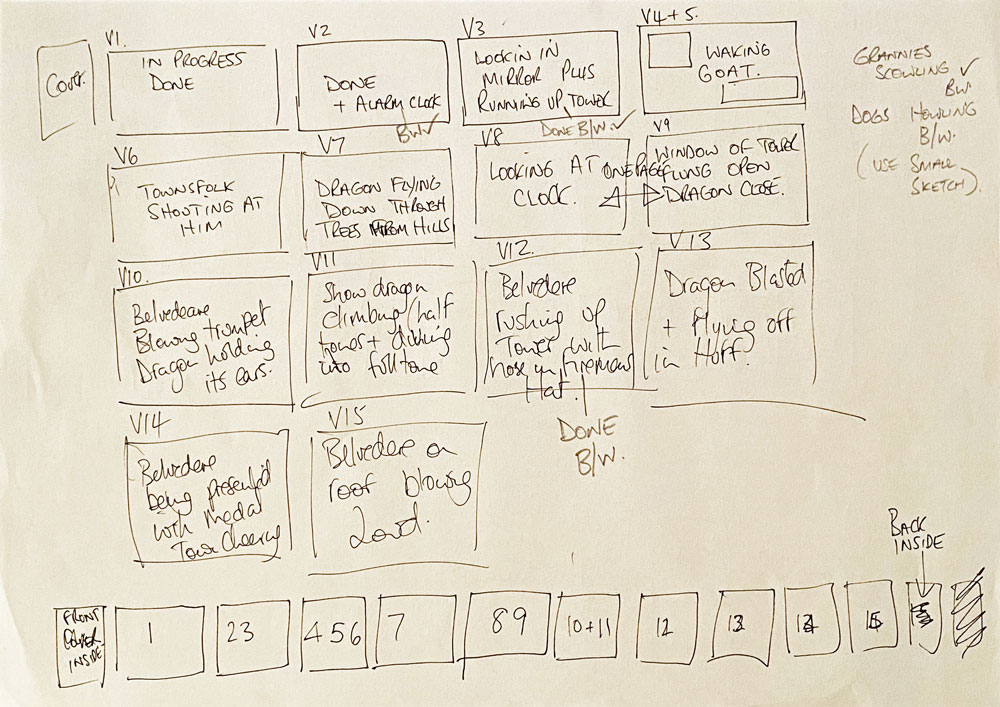 Next was to decide on a consistent style and medium. I settled for black ink outlining and watercolour pencil used part with water and part dry to enhance colour and shading.

There was only one way to keep it away

and Belvedere rushed up the tower

The weapon he chose was a long fire hose

To give that darned beast a good shower

I also had to do some smaller groups of illustrations.  Here is one for the following verse

On his very first note, he stunned a wild goat

As the town awoke from its dreams

And purple-faced babes full of screams

So far I am really please with the results and will constantly update this post as I progress – so keep coming back to see how I get on.