Short stories came to the rescue when I got my main work to just over 40,000 words back in mid-2018.  I took a break as I was getting bogged down and decided to put it aside to rest for a while.  I thought at the time that it would be a good idea to leave it alone for a month.  The reason I found that I was not enjoying the writing process was that I was trying to force the story by word count instead of it flowing naturally.

They say to set a target of so many words a day or set yourself a minimum target.  In fact, I think I said it myself in one of my earlier posts!

I decided to refresh my sci-fi reading and downloaded an anthology by one of the great sci-fi authors, the late Philip K. Dick.  He created some great short stories and also wrote  ‘The Man in the High Castle’ , a departure from his usual sci-fi genre which recently became a very successful T.V. series.

I realise that short stories in this genre could be the way to kick start my brain into finishing the main project.  Over the last year I have written several sci-fi shorts.

A scientist gets bored with a classic experiment. He decides to add an additional extraterrestrial ingredient that carries traces of alien DNA with disastrous consequences.

An expedition to a distant planet discovers a plant that can cause temporary and total amnesia which one crew member uses to his advantage.

A seance creates a portal from a different dimension with an unwelcome visitor making an appearance.

I have also started and mapped out a further three stories.

As you can see I have been busy with around 35,000 words between them. In addition, I have recently picked up the main project ‘The sleeper’ which is quite near to first draft stage at over 75,000 words.

That’s around 75,000 words in the last 12 months or so.  not brilliant…but definitely back on course.

My  short term objectives are to finish the main project to first draft. Then get the three shorts self-edited, and then through a professional editor. The next step is to get them self-published, either through Amazon or widespread through Draft2Digital.

Once the main book is published I can use some or all of the shorts as lead magnets.

I think ‘The Correctionist’ , which was intended as a short, has enough legs to become a full novel. This would then become the second main book.  I am aiming to get this published later in the year. 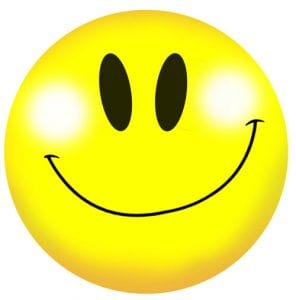 Defining The Plot and Researching the Book Made All The Difference Writing Goals Revisited – When a plan isn’t working change it!