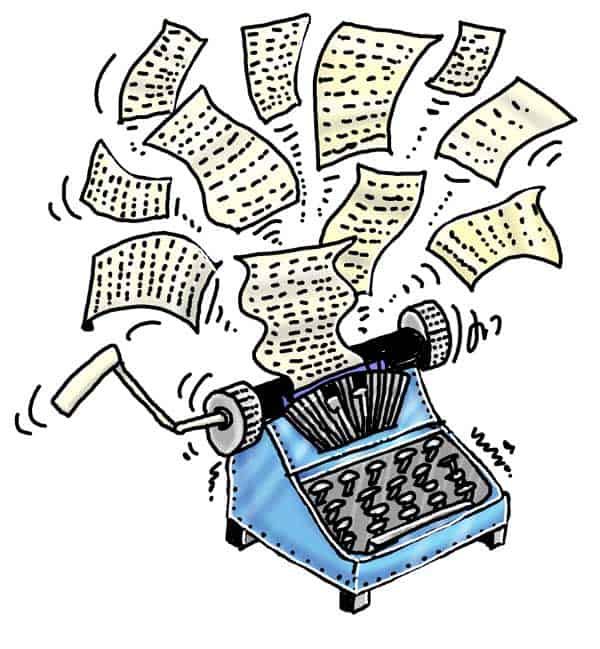 A word count target, where I publish it to all and sundry may seem a bit cheesy but who cares if it works!

‘The Sleeper’ is a sci-fi come detective story which I am really enjoying writing.  Mapping the storyline out before starting has been a massive bonus and progress is much quicker than making it up as I go.

I also prepared most of my research as well before pressing a single key on the laptop.  The preparation took very little time and proved to be the right thing to do without a doubt.

In the past, some of the stories I have written are like wading through treacle as I stop/start to research key elements.  By front-loading the process it flows much quicker and even with the preparation it takes far less time and the storyline benefits from less sidetracking.

A huge asset in this process is Scrivener which is a software package designed for writers.  It allows you to plot your story on a corkboard, rearrange chapters easily and the best feature is you can keep all your research in one place – web pages, Pdf’s, Youtube videos plus your own notes, images and diagrams all in one easy to access place.  It is brilliant!

On this post, I will update weekly progress to keep myself on course.  The target is Novella length (17,500 – 39,999  words) and I want to get it to the first draft stage as quickly as possible. 39,999 should take 8 weeks at 5000 words a week and with a start date of 8th April it should be done and dusted to the first draft by 3rd June 2018.  I am positive that I will reach this milestone much sooner!

If it goes over the 40,000-word target because the storyline dictates then it may take a little longer.  After my first week on the story, I am over double the word count target I set for myself so things are looking positive.

Can I keep this up? – Check this post out week by week and see how I am progressing.  I am confident I will smash my target and get this to the first draft within 6 weeks!

Word count target exceeded by 6,036 words for the week.

Really pleased with the first week where I am over double the weekly target.  Full of enthusiasm and ideas.  It is proving really handy to have mapped out the plotline!

Word count target exceeded by 688 words for the week.

There was quite a drop in the word count from the previous week but I still hit the target of 5000 words in week 2.  I was on holiday and had a lot of additional non-writing work on the go but still wrote for 5/7 days at 1000+ words on each day.  Quite pleased with the progress so far especially as I am 6,724 words above the minimum target so far.

Word count target exceeded by 1,644 words for the week.

Slightly up on last weeks word count and now well over half way to a novella-sized story (novella is up to 39,999 words).  The story has several subplots which will be pulled together as it unfolds.  I haven’t created too many main characters as it could really get complicated and I haven’t fully revealed the antagonist but have given enough detail for readers to form their own ‘ mind’s eye’ of what the bad guy is about!

Really enjoying the writing process.  it is very challenging in parts as trying to keep continuity on track has been a bit of an issue on some sections.  I have also made a conscious effort to not edit yet.  The whole point is to complete the first draft as quickly as possible.  Then the self-editing will start to really add meat and refine the plotline and characters.

Word count target not reached by -168 words for the week.

Slightly disappointed as I missed out the 5000 weekly word target by 168 words! However, I am not beating myself up as after 4 weeks I have averaged just over 7000 words a week. It was a tough week with a lot of my day job going on and family stuff.  Excuses, Excuses! – will have to try harder!

In the big scheme of things, I am well up on my target.  Not only that I am very pleased with the way in which the storyline of the book is going.  Preplanning and research have been well worth it.

I am going to see if I can step up my game for next weeks word count!

Word count target exceeded by 581 words for the week.

Happy this week as I am back on target. Just over the target word count of 5000 but never the less, on course.  The story is still shaping up nicely and it will exceed the novella target of 39,999 words.  The way that the story is developing I can now this stretching out to 60,000+

Disaster this week and next. I had to have a week off writing anything as we had builders in all week and I have had family commitments and my day job went into meltdown with more work than I could handle.  I have had to put the book on hold for a fortnight and will recommence with a clear head on Monday 21st May.  I am hoping to make up the lost ground with some intensive writing after that.

Word count target not reached by -197 words for the week.

Back in the saddle again…well almost.  It has been a tough month and just a bit barren on the word count.  The other slightly (and temporary!) disappointment is that the average word count over 8 weeks has dropped to 4826.125  per week which is just below my original target of 5000 a week.

However, I am back on the case and really enjoying the story.  The Scrivener corkboard is really coming into its own now as keeping tabs on the storyline becomes increasingly difficult as I get deeper into the book.  But it’s really great fun and my imagination is taking me all over the Cotswolds, UK (where most of the story is based).  The other good thing is it is currently a novella about to break through the 40,000-word count to book status.

Word count target exceeded by 185 words for the week.

On the plus side, my first major target has been reached and passed and as predicted by the 3rd June. I also said at the beginning of this post that if it exceeded the Novella target it would take a bit longer and my next target date for completing the first draft book is 29th July.  This allows 4 x weeks at 5000 words a week with a weeks safety.

On the downside, I am finding that keeping the pace up is getting more difficult the further I get into the book.  There is now a fair bit of history with the plotline and characters and I do find myself checking certain events in the previous chapters to make sure I get continuity.  Some authors plough on regardless and then edit the ‘gaffs’ out later.  Perhaps this will come in time with me eventually?

The corkboard in Scrivener has proved invaluable as I can see at a glance the basic content of every drafted chapter without having to trawl back through a whole manuscript.  The more I use Scrivener the more I wish I had bought it years ago as it is a time-saving tool not just for book writing but for blog posts, magazine articles, letters – you name it!

Onward and upward – I have now exceeded the novella target and am officially into ‘book’ territory, having exceeded the 39,999-word count.  I am now aiming to exceed 60,000 words which will be about right to suit the plotline.

Word count target exceeded by 302 words for the week.

Pretty good progress this week and on target with slightly over the target of 5K words for the week.  The story is progressing really well and as I write each chapter I keep getting more ideas for the plot. it is amazing how your brain can immerse itself totally into the story. I found myself seeing the scenes and possible scenarios through the eyes of all the characters and experiencing their emotions.

I am getting fairly close to the resolution of the story and can see that although there will be some significant ‘pruning of text’ there will be more additional material to write in particularly on character development and to enhance the tension in the scenes.  I am looking forward to completing the first draft which I now see as a thin but strong person in need of more nourishment and flesh!

Word count target exceeded by 912 words for the week.

Good progress this week as the story winds up to the final phase.  I am now predicting that the final word count for the first draft will be around 80-90,000 words and that figure could go a little higher after the first edit when I look at each chapter.  As I have been looking back at the story I can see areas where there needs to be more narrative hence the reason I think the first edit will jack up the word count.

As I discussed in my post on 12th May 2020 I have taken a huge chunk of time out writing short stories to recharge my creative focus.  The word count was was getting in the way of moving the story forward.  When I first started recording the word count on this first book I believed it was the right approach to keep the progress going.

What I didn’t realise was that it was putting a barrier up and I didn’t see it until I took time out from constantly writing.  I have almost completed the first draft – probably a month away.  From this point I will keep this log going but without using it to crack the whip!

It took long enough but I got there in the end!  Feeling really happy with the result – which is the most important aspect!  I am going to ‘rest the draft’ (a posh way of saying I am not looking at it) for a week before doing my first personal edit.

This will be for continuity, plot, character honing etc.  The spell check, grammar and all the rest of the boring but essential stuff will come later before I hand it over to a professional editor.

Procrastination is the Art of Keeping up with Yesterday How to Overcome Writers Block – Fact or Fiction?