The nasty pain right behind his left eye jabbed as he woke. He must have dozed off. A familiar pungent smell wafted up from below. Gripping the edge of the sofa, he pulled himself forward, cursing the headache. Fumbling for his glasses he pushed them over the bridge of his nose then looked down and saw, with dismay, the glass on its side, empty, with the contents of an almost full glass of gin-soaked into the rug. 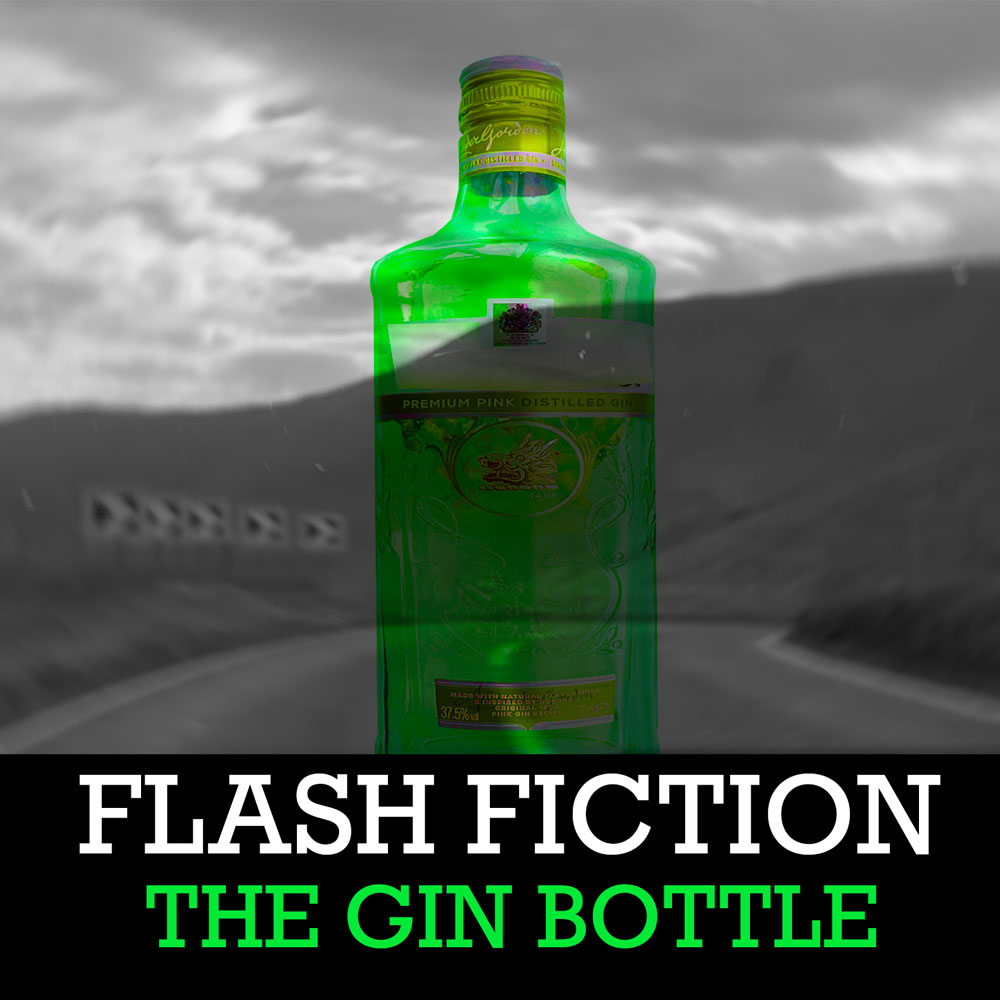 In the bathroom mirror, the bright overhead lights picked out every sag, wrinkle and blotch on a face displaying fifty years of abuse. Shaking his head in disgust, he vowed to stop drinking. The same vow he made every evening. After a quick swill of his face and a mouthful of water, he downed a couple of tablets to dull the ache and fell onto the bed fully clothed. Shuffling for a second or two, he was fast asleep by the second stale, heavy breath.

The road twisted ahead through the mountainous section of the journey. It never failed to lift his mood as soon as the vista of the Snowdonia National Park rose ahead. Every trip to North Wales was a joy, whatever the weather. The road climbed and followed the tight curves of the rising land and as he rounded the next hairpin, the familiar smell hit him again.

He looked for the source and there it was, a smashed bottle on the passenger seat. Gin spattered up the back of the seat and a large swaying pool was soaking into the faux-leather seat. He couldn’t fathom why a broken gin bottle was in his car as he never drank alcohol in the car and would never drink and drive even though he often suspected he might be over the limit after the previous night’s session.

The smell had taken his focus away until a deep horn blasted him back to his senses. With heart thumping against his ribs, his eyes widened at the huge truck bearing down ahead, on his side of the road. He had drifted across on the bend. An instinctive lurch swung the steering wheel to correct the course of the car as the back end slid. Over-steering and trying to straighten the snaking vehicle just made it spin.

There was a tremendous explosion of glass followed by a rush of air. He couldn’t understand why he was looking up at the twisted safety barrier the car had just broken through. The barrier was getting smaller as the car plummeted backwards and downwards. He blinked.

The sweat stuck him to his clothes as he jolted awake, his mouth dry and putrid with the vile perfume of neat gin. He crawled out of bed, peeling himself out of damp clothes and into the shower. It was freezing. The water heater hadn’t been switched on. He stuck it out, shivering, still with that horrific pin-sharp stabbing behind his right eye. After a cup of black coffee, he returned to the other side of the bed away from the clinging sweat patch. Warmth crept back into his skin and he soon drifted away, his troubled mind placing him back in the driver’s seat.

The return journey from Caernarfon was always more exhilarating as it was the home run that always followed a couple of busy working days. The storm ahead threw up a magnificent backdrop as the car climbed. Snow lingered on the highest peaks as he stared in wonder at the many shades of black, green, and grey where sky met land in stark conflict.

The next couple of miles would be the last chance to overtake the huge lorry before the road followed the contours of the mountains ahead. The automatic gear engaged sports mode and the car sped up alongside the lorry.

A quick glance left, and there appeared to be no one driving. Looking again, there still seemed to be no one steering the forty-foot behemoth. It must be a European truck with a left-hand drive? Moving up the steep climb, the car negotiated the first few bends with ease and after a mile, he settled into his usual appreciation of the magnificence of the mountains, savouring the view and just being there in the moment. In three hours he would be home in Cardiff and this scene would be just a distant memory.

Even though it was cold, he wound the window down to feel the mountain air rushing through his hair. The smell was wet, earthy and beautiful, but then the slight scent of something else lurked in the breeze, getting stronger and more powerful until he had to close the window.

He didn’t want to look but had to. It was there on the passenger seat. But it was impossible? There had been no broken bottle in the car. No seat soaked in gin. Looking ahead, he was again on the wrong side of the road. He swerved around the oncoming lorry, corrected and swerved again before the rear screen exploded, glass raining down on the back of his head and neck. There was the twisted barrier high above, getting smaller and smaller. He blinked, and the view changed instantly. He was looking down at the bedroom carpet, sobbing.

Two weeks later the mountains loomed ahead, bathed in new life, pushing aside the ridiculous dreams that had bedevilled him for weeks. This was for real, and his heart swelled at the bright freshness of the mountains as the world entered spring.

He wound the window down, allowing fresh dewy air to caress his skin. The road stretched for half a mile ahead and he had to decide. If he overtook the lorry, he would have an unobstructed view of Snowdonia ahead. If he didn’t do it now, he would have the view of its tailgate for the next six miles.

He hit the accelerator. As he pulled out he heard the loud bang. Shreds of lorry tyre flew across the road and the back end of the vehicle snaked as the driver struggled to control it. He was halfway past when the lorry lurched sideways. A crate fell through the plastic side awning, hitting the ground. Objects flew in the air and his windscreen shattered into a million pieces.

He just about cleared the lorry and was about to pull over when the smell hit him. He looked sideways, and a broken bottle impaled into the passenger seat had sprayed the entire car with gin. His eyes widened as he looked ahead. He was on the wrong side of the road with a lorry coming towards him head-on. There was no driver.

He swerved, but the lorry caught the back end. The car took off and the familiar deafening noise filled the car as the back window exploded glass, like hailstones, into the back of his neck. He looked ahead, gasping to breathe and saw the twisted safety barrier, receding high above as the car dropped like a stone.

He blinked and blinked again, but the view didn’t change before it went totally black.